Thoughts from our President

MBA CSEA President John Helmers shares his thoughts about the importance of volunteers as we enter our "next normal.' 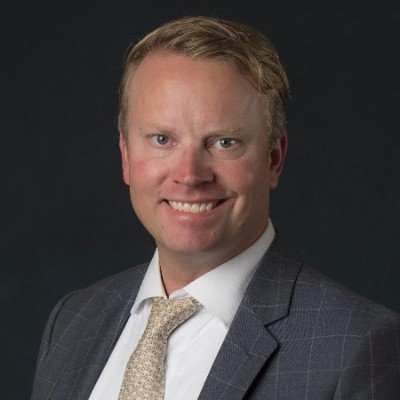 We have learned a lot during the past two years.  There have been efficiencies gained, greater workplace flexibility discovered, and much resilience revealed.

Going back to that time when things shut down in March 2020, I remember speaking with our Executive Director Megan Hendricks about the fact that our conferences were frequently cited as the most valuable part of MBA CSEA membership.  How were we going to continue to deliver member value if they didn't exist?  Well, we leaned heavily on our core values of collaboration and member-focus to come up with new ways for members to continue to collaborate and share though new initiatives, programming, and technology.  Shoot, for the very first time I was able to attend both the Asian and European conferences because they were virtual!

Some of the things we learned helped us be more efficient and will certainly remain, and we're thrilled to be back in person to establish even more meaningful connections. But it takes effort to make all of this happen – whether virtual or in person - and we are powered by volunteers in all that we do.

At my very first conference in Phoenix in 2009 I was two months into my role, and my attendance confirmed what I already knew – that I had so much to learn!  And then I observed something I didn't expect - that everybody was so willing to share and support me.  At New Member Orientation I was approached by then president Kip Harrell who asked about my background, and I explained that I had most recently come from a marketing role with a global technology company.  He said “you should sign up for the conference marketing committee!”  To which I thought, I know nothing about this industry or role, how can I possibly add value?  I assured him that I'd sign up, knowing that I would probably sign-up next year instead when I had figured out what I was doing.  Well, later in the week he put his arm around me and marched me over to the sign-up sheet, which I did.

And it turns out I did bring value, and in fact won a new member award that year.

As we return to the next normal, we need to remember that volunteers are the lifeblood of our organization, and so I want to put my arm around each of you and encourage each of you to find a way you can give back to your professional association over the coming year.  Whether a seasoned veteran or a brand-new member, there are ways that you can contribute while also growing personally.

I know that we have all been giving ourselves permission to say “no” over the past two years, but for now I'm giving you encouragement to say “yes.”  As with so much in life, the more you put in the more you get out, so I hope all of you will find a way to add to our community, as that's what we are.