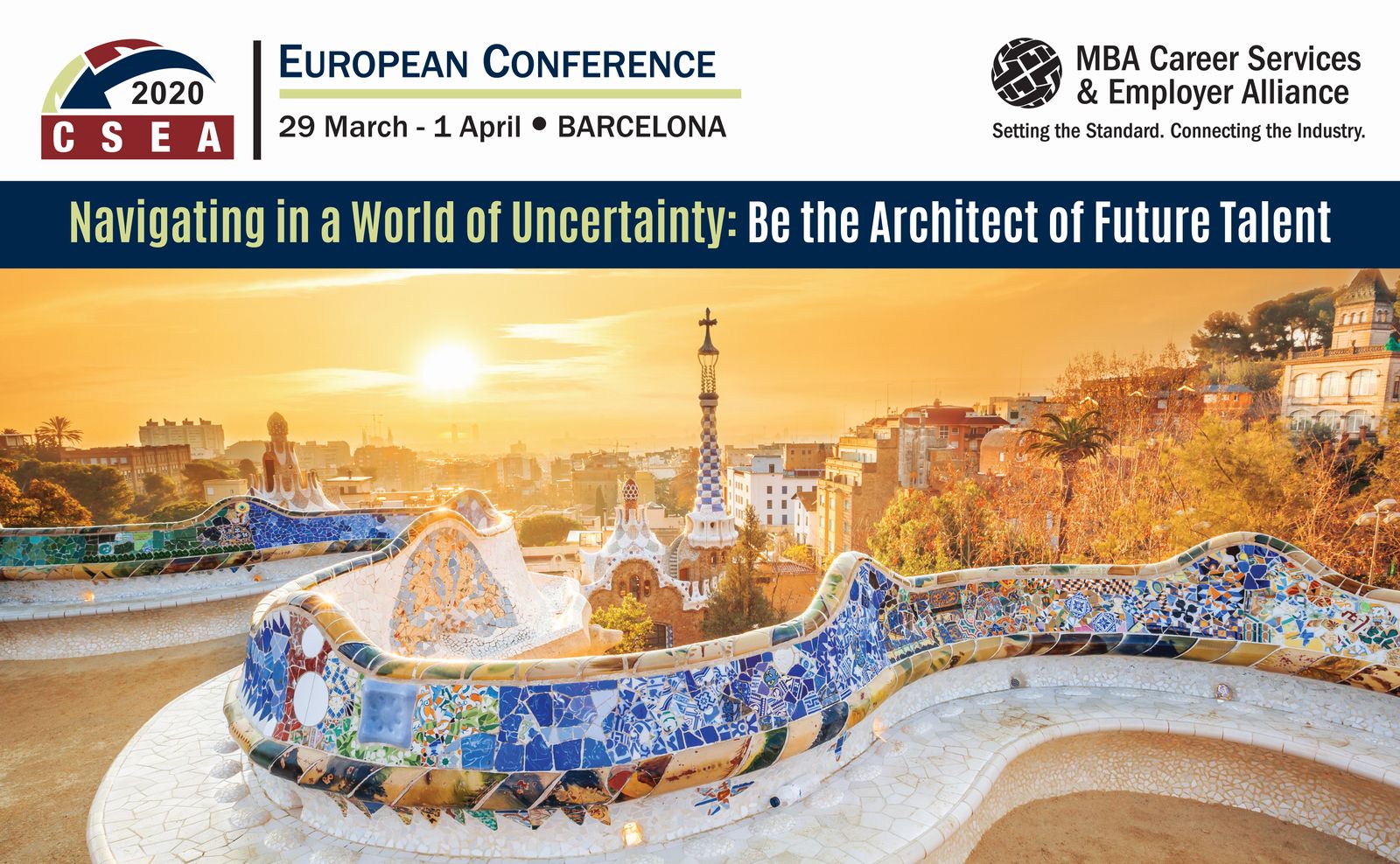 This is a beautiful pearl of Catalonia, it's Barcelona. The Capital of Catalonia and Spain’s second city, Barcelona is incomparable. It’s one of a few must-see cities with its own identity. This is partly due to a generation of early 20th century artists and architects, like Antoni Gaudí, whose unforgettable buildings are like nothing you’ll see anywhere else.

Tip – Get the Hola BCN Transport Card for unlimited access to the transportation network!

There’s something to delight everyone in Barcelona. If you’re a food lover, then the city has a total of 20 Michelin star restaurants. If you want culture, you’ve got an inexhaustible choice of beautiful buildings and events. Add to this clean urban beaches, world-class nightlife and so much great shopping - you won’t know where to begin!

The Gala will take place at the Asador De Aranda, at Casa Roviralta.

Known by locals as "El frare blanc" (the white friar), this majestic "modernista" villa stands out on the elegant Avinguda del Tibidabo in the neighbourhood of Sant Gervasi. Like a sweet inside its wrapper, its appearance is a treat for the eyes and the heir to the city's noble past. 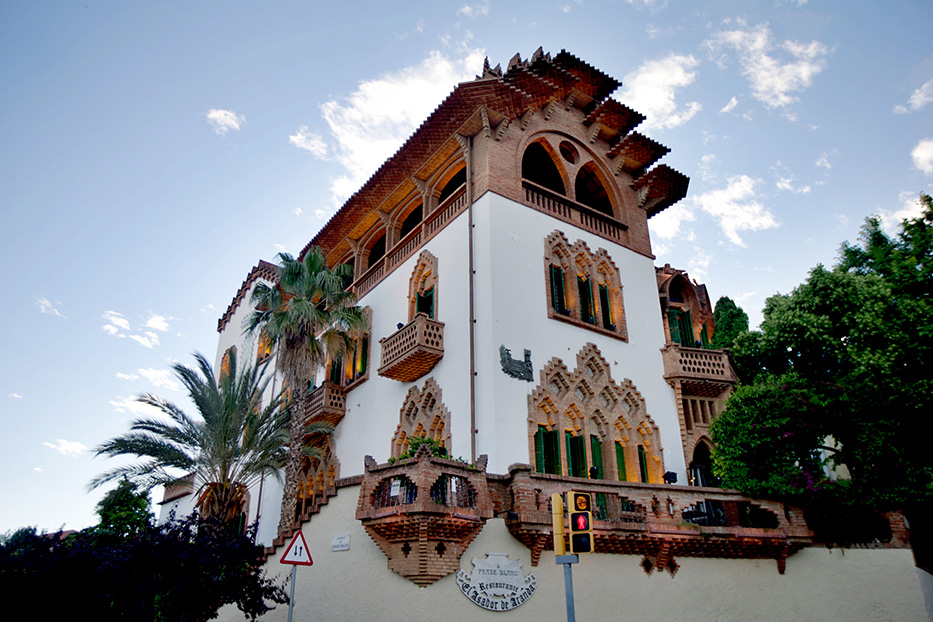 The white walls of the Casa Roviralta capture the gaze of any passer-by. However, its nickname, "El frare blanc", doesn't come from the colour of its walls, but from the fact that the house was once owned by a community of Dominican friars, before being purchased by the Catalan businessman Teodor Roviralta.

The architect Joan Rubió i Bellver worked on the restoration of the building between 1903 and 1913, changing the appearance of this former farmhouse almost completely. However, Rubió preserved the original structure and layout of the farmhouse to lend the new "modernista" villa a traditional feel.


Let’s explore the best things to do in Barcelona:

Never mind that a lot of locals shun this sequence of promenades that runs from Plaça de Catalunya down to the Columbus Monument at the waterfront. If you’re a tourist, it’s one of those things that you have to do!
Occasionally, you’ll catch the whiff of waffles (gofres) being baked.
Once you get to the water, you can keep going along the boards to visit the Maremagnum mall or Barcelona’s Aquarium.
2. Sagrada Família

This is where to begin your adventure through Barcelona and the dreamlike works of Antoni Gaudí. His minor basilica is a project of incredible scale and ambition that is still only around three quarters complete more than a 140 years after Gaudí first became involved.
When its spires are finished, it will be the tallest church building in the world. It hardly resembles any religious structure you’ll have seen in your life.
The Sagrada Família combines several architectural styles, including Catalan Modernism, Art Nouveau and Spanish Late-Gothic, but Gaudí’s masterpiece defies definitions when you look up open-mouthed at the ceiling of the nave.
Get a Skip-the-Line ticket for fast track entrance: Sagrada Familia Skip-the-Line
3. Casa Batlló

Another of Antoni Gaudí’s most postcard-friendly creations, this apartment block wasn’t created from scratch but was a remodel undertaken at the turn of the 20th century. You won’t need to have visited Barcelona to recognise the building’s roof, the tiles of which are the scales of a great dragon.
Like all of his work, the inside and outside of Casa Batlló has that sinuous quality, with few straight lines and dazzling attention to detail. Take the mushroom-shaped fireplace on the noble floor for example, which was designed for couples to warm up in winter.
Available tour: Casa Batlló Ticket and Video Guide
4. Casa Milà

Also known as La Pedrera because the front of the building looks a bit like the face of a quarry, Casa Milà was completed in 1912 and is another emblematic Gaudí building. It’s one of several Catalan modernist works to be UNESCO listed and was the fourth and final Gaudí building on Passeig de Gràcia.
Architects will appreciate the contemporary innovations here, including the self-supporting stone facade and underground car park. It was designed for the industrialist Pere Milà i Camps to be his family home, with apartments for rent on the upper floors.
The coherence between the design of the building and Casa Milà’s furnishings is a real joy to see, and it’s all from a time when Gaudí was at the top of his game.
Available tour: Casa Milà Skip-The Line Audio Guide Tour
5. City Beaches

Barcelona’s beachfront boardwalk stretches for miles. It will take a good hour to get from Barceloneta to Diagonal Mar on foot, but it’s a walk that really helps you understand the city.
The westernmost beaches like Sant Sebastià are busier and more touristy, but are backed by Barceloneta’s tight lattice of trendy shops and bars with terraces and outdoor seating. As you move along the waterfront after the Olympic Port, you’ll find a bit more room and more Barcelona locals.
Finally, just up from Platja de Llevant is the massive and new Diagonal Mar mall, revitalising a former industrial part of the city.View more deals onTrivago

This is an iconic sight and educational experience in one. There’s been a Boqueria market in Barcelona since medieval times, though this exact spot has only witnessed trade for about 200 years. That elegant and distinctive iron and glass roof you’ll see was put up in 1914.
Whether you want to do some food shopping or just take in the sights and sounds of a bustling urban market, it’s a real eye-opener. It’s a grid of permanent stalls selling fruits, vegetables, cold meats, cheese as well as olive products. The whole market converges on an oval plan of fishmongers in the centre. Cool off with a beer and a tapa at one of the market’s bars.

In the western Les Corts neighbourhood is the 99,000-seater stadium that has been the home ground of FC Barcelona since 1957. It’s one of Europe’s football cathedrals, and even if you have no affinity for the team you have to visit Camp Nou to appreciate the dizzying scale of the arena.
If you are a fan, you’ll be in heaven touring the stadium and browsing the memorabilia of one of the world’s most prestigious teams at the museum. The stadium tour is unavailable on or just before match days, so keep an eye on the calendar.

Round off your Gaudí experience with a trip to this garden complex on Carmel Hill. Many make the trip to this part of Gràcia for those gorgeous panoramas over Barcelona from the park’s main terrace. You’ll have seen these serpentine benches and their mosaics on postcards and in movies.
Elsewhere there are colonnades, fountains and sculptures, all in the architect’s distinctive style. If you still haven’t had enough Gaudí, you can enter his House-Museum where he lived from 1906 to 1926 with furniture and decorative items designed by him on display.

The History Museum preserves a few Roman sites across the Gothic Quarter, such as the temple of Augustus and the Funeral Way on Plaça de la Vila de Madrid. But, Plaça del Rei is where you can see Barcelona’s ancient history in detailed layers.

You’ll take a lift down to where the remnants of a garum factory, laundries, dyeing shops and parts of ancient Barcino’s walls are all visible. The site is large, covering 4,000 square metres, which you’ll explore via elevated walkways.

As you rise through the museum building, you’ll step forward through time and enter the vaults of the Palau Reial Major, seat of the medieval Dukes of Barcelona.

This city district was developed for the 1929 International Exhibition and features several high profile museums including the National Museum of Catalan Art, the Museum of Archaeology and the Ethnology Museum.

Of those the art museum is particularly recommended, and the views of the city from its steps are stunning.

Below this, and also built for the exhibition, is the Magic Fountain which puts on light and music shows every half hour on the weekends. This is best seen at night, of course.

At the very top of the hill is the 17th-century fortress, which saw action in the Catalan Revolt in the 1600s as well as during the Civil War in the late-1930s, after which it was a prison.

Just like Gaudí, Joan Miró was a quintessentially Catalonian artist. A visit to his museum will give you a more vivid picture of Barcelona’s spirit and style.

The Fundació Joan Miró was set up by the artist in the 60s to encourage contemporary art in Barcelona, and Miró worked closely with the architect Josep Lluís Sert on the museum building’s design. This means there’s a harmony between the venue and the work inside it that you won’t find very often.

Within, there’s a large collection of the artist’s work, including sculptures, drawing and paintings. There are also temporary exhibitions of 20th and 21st century art, and all sorts of collaborative and educational projects.

If you wonder what life is like in the small towns of Catalonia, then a visit to Gràcia is a way to find out. This area wasn’t even part of Barcelona until the 20th century, and thanks to its layout of tapered streets and little squares it feels like a different place.

It’s a young, stylish and cosmopolitan area with students and artists, so there’s a multitude of bars, cafes and independent shops to be found.

If you come to Gràcia during the Festa Major in August, the area is transformed as the residents come together to decorate individual streets in imaginative ways to be the best in the neighbourhood.

This turn-of-the-century concert hall is yet another piece of Barcelona’s UNESCO-listed heritage. It was built by Gaudí’s contemporary, Lluís Domènech i Montaner for the Orfeó Català, a Barcelona choral society.

This was at a time when investment and commissions by wealthy Catalan industrialists were helping a generation of artists and designers to create a new sense of Catalan identity. The hall is a sublime venue for opera, symphonies and folk music, so have a look at the schedule when you plan your trip.

This is the best meeting point in the city. It’s right at the bottom of the posh Passeig de Gràcia and at the top of Las Ramblas. If you’re waiting for friends in the evening for a meal or getting ready for a shopping expedition by day, nowhere in the Ciutat Vella or Eixample will be more than a few minutes on foot from this grand square. Barcelona’s flagship branch of El Corte Inglés is right here, and if you’re new to the city and want to get oriented, you could go inside to pick up a map.

International food is superb in Barcelona, especially when it comes to Japanese-style noodle bars, which have become popular in the last
10 years.

Another trend is pintxos, Basque-style bar snacks in which delicious things like croquettes and fish are served on a piece of bread held together with a toothpick (pincho).

For a typically Catalan snack, there’s  Pa amb tomàquet, rustic bread covered in a mix of tomato pulp and oil. This often serves as a base for sandwiches or bocatas.

For a main course here on the coast, nothing beats arròs negre, rice simmered with cuttlefish or squid, followed by rich crema catalana for dessert. Have a look at the available food tours in Barcelona.

PICKPOCKETS RISK : HIGH
As a top touristic destination, there is a high pickpocket risk in Barcelona. A few simple precautions will minimize your chances of being pickpocketed.

SCAMS RISK : HIGH
There are a lot of scammers and con-artists trying to take advantage of tourists, particularly in large cities and around major landmarks in Barcelona. Be aware of “gold ring” tricks, fake petitions, groups of teenagers acting strangely or trying to distract you; and people offering help with your luggage.